Cuts and Controversy in Pre-Code Hollywood Horror: The Case of James Whale’s Frankenstein and Bride of Frankenstein - Fran Pheasant-Kelly

Cuts and Controversy in Pre-Code Hollywood Horror: The Case of James Whale’s Frankenstein and Bride of Frankenstein – Fran Pheasant-Kelly

This talk addresses the cuts and controversy associated with James Whale’s Frankenstein (1931) and Bride of Frankenstein (1935) and aims to consider how the Hays Production Code of 1934 affected the respective films’ aesthetics before and after its formal application. Prior to the sound era, and unlike related genres such as the crime film, horror films had not attracted much controversy concerning their content. However, in the period between the introduction of sound in 1927 through to the implementation of the Hays Code, the instigation of startling sound effects began to promote concern about the genre. Even as the Hays Code tended to focus on issues such as criminality, miscegenation, sexual licentiousness and violence, enabling filmmakers to exploit the lack of attention to horror, the censor’s attention did eventually turn towards the horror film. Here, I consider the case of two James Whale films, Frankenstein released in 1931, and Bride of Frankenstein, released in 1935 to track the trajectory of change and how censorship influenced the respective films’ aesthetics.

Fran Pheasant-Kelly is a Reader in Film and Screen at Wolverhampton University, UK. Her research interests centre on abject spaces, fantasy, and the medical humanities. She has written over seventy publications including two monographs, Abject Spaces in American Cinema (2013) and Fantasy Film Post 9/11 (2013) and is the co-editor of Spaces of the Cinematic Home: Behind the Screen Door (2015) and Tim Burton’s Bodies (2021). She is currently working on several monographs including A History of HIV/AIDS in Film, Television and the Media (2022) and The Revenant: Towards a Sensory Cinema (2022). 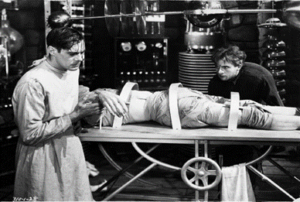 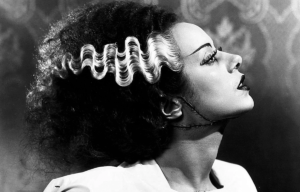