In this lecture we will be focusing on those steamy, hilarious and astonishingly graphic stories that have been passed down

Once upon a time, in the nineteenth century, the famous Norwegian duo P.C. Asbjørnsen and Jørgen Moe began traveling all around rural Norway, collecting the tales, legends, and fables that the locals had to tell them. Most of these stories were published at the time they were collected and written down. However, there was a significant number of other tales that were suppressed and hidden away due to their explicit depiction of the sexual side of human experience. The manuscripts stayed hidden from public in the archives of the University of Oslo for nearly a century before being brought to light and published in Norway for the first time in 1977 under the title “Erotic Folktales from Norway”. It was a huge success and sold a lot of copies and it was obvious that people took a great interest in the adult stories as well. In this lecture we will be focusing on those steamy, hilarious and astonishingly graphic stories that have been passed down through generations in all corners of the cold North.

Like the traditional stories told to children, erotic folktales also include stories about the Hulder, Trolls, the famous Ash Lad, and princesses, as well as sinners and Adam and Eve. The only difference is that these characters are showing a very sexual side of themselves that is meant for adult listeners only. In this lecture, maybe we will find out just how far men would go to experience the intimate company of the alluring Hulder? And what would happen to the women once they were spellbound by the handsome Nøkken before he decided to drown them? Have you ever wondered if the Ash Lad was sexually involved with any of the princesses he visited? Welcome to an evening that might make you blush, laugh and cringe all at the same time. NB! Explicit language and adult content.

Lena Schattenherz Heide-Brennand is a Norwegian lecturer with a master degree in language, culture and literature from the University of Oslo and Linnaeus University. She has been lecturing and teaching various subjects since 1998. Her field of interest and main focus has always been topics that others have considered strange, eccentric and eerie, and she has specialised in a variety of dark subjects linked to folklore, mythology and Victorian traditions and medicine. Her students often point out her thorough knowledge about the subjects she is teaching, in addition to her charismatic appearance. She refers to herself as a performance lecturer and always gives her audience an outstanding experience 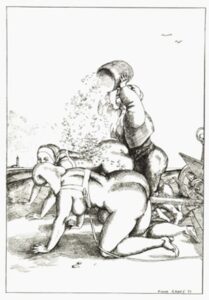 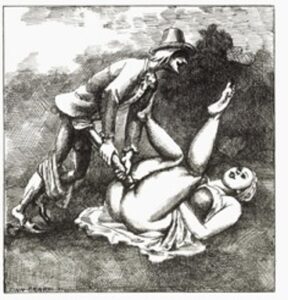 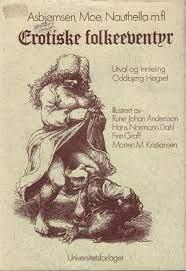