Join anthropologist and cultural historian, Dr Louise Fenton, and a small group on a trip to the West African Cradle of Voodoo – Benin. Take part in and watch ceremonies, masquerades & sacrifices, visit shrines, temples and meet priests and a tribal king. Shop in traditional and Fetish Markets.

Voodoo or Vodon is a State Religion in the West African Country of Benin and practiced in various forms across the region and in the New World where it was carried by the diaspora.  It is very much a living religion with elaborate temples, priests, family and household shrines, ceremonies, masquerades, initiations, convents, extensive markets selling magical items and fetishes.  The Voodoo Pantheon contains multiple Deities and spirits that are believed to be active on a daily basis and require regular offerings of food, alcohol and the fresh blood of animals such as Chickens or Goats. The object of this expedition is to meet with priests and to attend ceremonies.  These tend not to be planned far in advance and we rely on our network of contacts in Benin to let us know – on our last two trips we were  blessed and experienced extraordinary ceremonies.  We will visit Priests, Temples, Kings and Shrines. 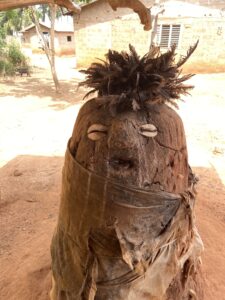 Dr Fenton writes “Benin, officially the Republic of Benin, is a magical country in West Africa. It is enchanting and has a rich historical and cultural legacy, it is known as the home of Voodoo.  The shoreline includes what was known as the Slave Coast and was a departure point for enslaved people to be shipped across the Atlantic. The prominence of the slave trade permeates all areas of Benin, with echoes of the past everywhere. Elements of the culture of Benin, especially Voodoo, or more accurately Vodun, is reflected across the new world, especially in Haiti. Religion within Benin is a combination of Vodun, Christianity and Islam. This is a warm, friendly and welcoming country ready to be experienced. This trip will explore some of the key locations across the country”

Dr Louise Fenton will accompany as the group’s anthropologist and cultural historian. The expedition will start with a seminar giving an overview of the history and culture of Benin; from the Kingdom of Dahomey through to the culturally rich Republic it is today. There will be additional seminars on key locations during the expedition to provide a cultural and historical context to the locations visited. Dr Fenton will accompany the field trips to be on hand to explain aspects of Vodun and the echoes of slavery that are prevalent throughout the country. She will also be there to answer questions.

Dr Louise Fenton is a senior lecturer at the University of Wolverhampton. She has been studying and researching West African Vodun and Haitian Vodou for over 20 years. Dr Fenton holds a PhD from the University of Warwick in Caribbean history, the focus of her research was on the history and influence of Haitian Vodou, which originated in West Africa, our destination. She gives regular talks and lectures, featured on BBC Radio 4’s ‘Beyond Belief’ as a panellist on Vodou, and she is also an artist and writer. 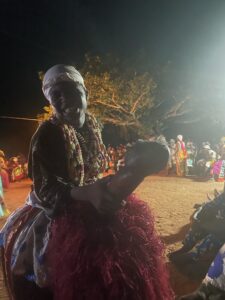 Pre-Departure there will be a Zoom Seminar on Benin and Vodun lead by Dr. Louise Fenton 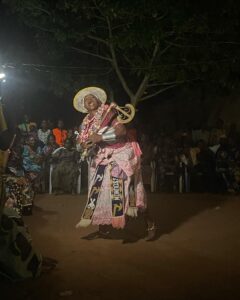 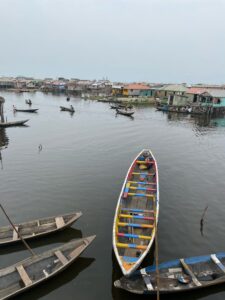 -Welcome Fish Dinner on The Beach 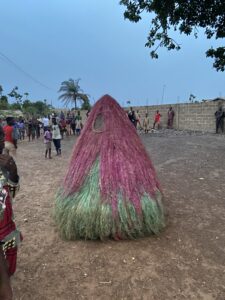 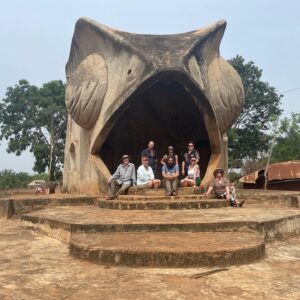 Day 5 :
Wednesday 22 February
Abomey/Possotomé
-Breakfast at the hotel
-Finish the visits in Abomey and transfer to the lake Ahémé
-Lunch in a stilt restaurant in Possotomé
-Afternoon free time to attempt spontaneous ceremonies
-Check in at Hotel Chez Theo or similar, night in double rooms 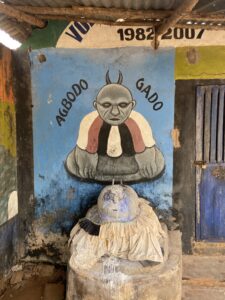 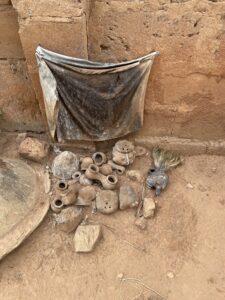 Day 7 :
Friday 24 February
Possotomé/Ouidah
-Breakfast at the hotel
-Transfer to Ouidah
-Visit the slave route and Door of no return
-Lunch in a restaurant
-Afternoon free time to attempt spontaneous ceremonies (fees not included) or enjoy the beach
-Check in at Hotel La Diaspora or similar, night in double rooms 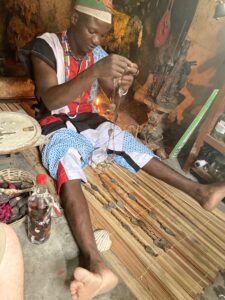 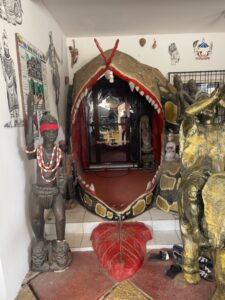 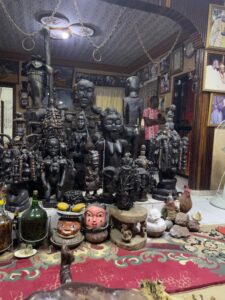 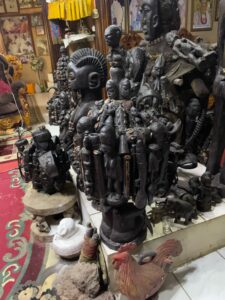 Day 9 :
Sunday 26 February
Ouidah/Cotonou
-Breakfast at the hotel
-Transfer to Cotonou through Route de Peche
-Lunch in a restaurant in Cotonou
-Afternoon visit of the artefact market
-Transfer to the airport, END OF SERVICES 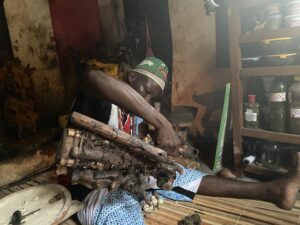 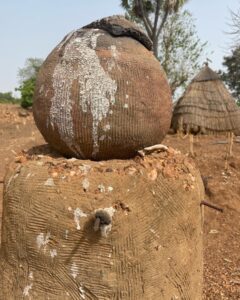 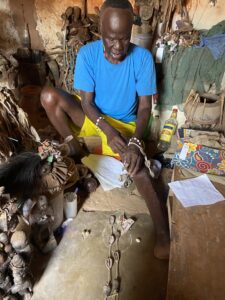 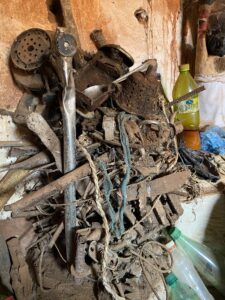 2/Food is generally excellent, and we do our best to accommodate dietary requirements

The fees don’t include :
· Visas for Benin;
· Insurances;
· International flights;
· PCR tests ;
· Drinks and water;
· Photographic permits and tips;
· Fees for spontaneous ceremonies;
· Tips and personal expenses ;
· All mentioned in “supplements”;
· All not mentioned in « The fees
includes

To Book – a 50% deposit is payable to secure your place, with the balance due three months before departure.

Full refunds are available up until the final confirmation of the trip, after which we can only refund if we can resell your place

1/It is very hot so please bring appropriate clothing