a recording will be emailed to ticketholders after the event

Poppets are dolls used for sympathetic magic, and are designed in the likeness of individuals in order to represent them in spells to help, heal or harm. The word poppet comes from the Middle Ages in England, originally meaning a small doll or child, and it is still in use today as a name of endearment. The term is older than the phrase ‘Voodoodoll’ and the use of dolls to influence the fate of a person dates back much further. In Egyptian times enemies of the Pharaoh Ramses III used wax images of him to bring about his death. In the third century BC the Greek poet Theocritus wrote of how a peasant girl Simaetha used erotic magic on her absent lover Delphis to get him to return to her by melting and burning wax dolls. Poppets have also been found concealed in old houses as a form of protection. This lecture explores the history of poppets and their uses in modern witchcraft

Lucya Starza is an eclectic witch living in London, England, and grew up in a family where fortune telling and divination, as well as folk magic practices, were part of everyday life. She writes A Bad Witch’s Blog at www.badwitch.co.uk and is the author of Pagan Portals – Scrying as well as other books published by Moon Books on candle magic, poppets, and guided visualisations. 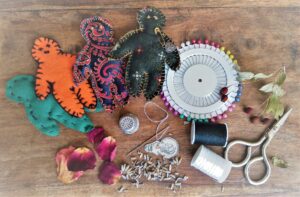 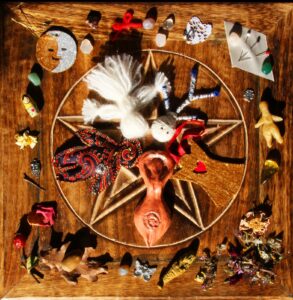 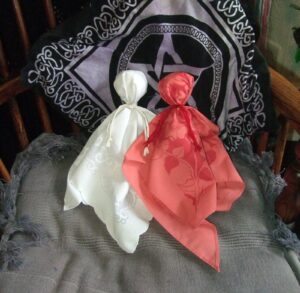