Dennis McKenna on Psychedelics and evolution: the ‘Stoned Ape Theory’

Dennis McKenna presents an exclusive lecture discussing brand new reflections, theories and findings on the theory based on his ‘Stoned Ape'

In honour of the 30th anniversary of Dennis and Terrance Mckenna’s ‘Stoned Ape Theory’, Dennis McKenna presents an exclusive lecture discussing brand new reflections, theories and findings on the theory based on his ‘Stoned Ape Symposium’ taking place in winter 2021.

First proposed in 1992 by 20th century ethnobotanist and psychedelic bard Terence McKenna (1946-2000) in his 1992 book “Food of the Gods”, and emerging from conversations between the two brothers, the theory proposes that the consumption of psychedelic fungi played a crucial role in the evolution of consciousness and the development of human mind, self reflection, language and culture, and spurring the homo erectus to evolve into the homosapien. He called this the Stoned Ape Hypothesis.

With the re-emergence of psychedelics in mainstream culture and conversations in the psychedelic renaissance, and the elevation of the theory to widespread and popular knowledge, how does it stand 20 years on? What new hypotheses and perspectives have developed from the theory with the increase of psilocybin research? And with the rise of psychedelic research and interest, are we any closer to solving the ‘hard problem of consciousness’?

Join us for this fascinating and in depth lecture to find out.

Dennis McKenna, brother of Terence McKenna, is a true psychedelic elder. Among his many engagements and accomplishments, he has conducted research in ethnopharmacology for over 40 years, is a founding board member of the Heffler Research Institute, and was a key investigator on the Hoasca Project, the first biomedical investigation of ayahuasca. Since 2019, he has been working with colleagues to manifest a long-term dream: the McKenna Academy of Natural Philosophy (https://mckenna .academy) dedicated to the study of plant medicines, consciousness , preservation of indigenous knowledge, and a re-visioning of humanity’s relationship with Nature. Dr. McKenna is author or co-author of 6 books and over 50 scientific papers in peer­ reviewed journals. He emigrated to Canada in the spring of 2019 together with his wife Sheila, and now resides in Abbotsford , BC. 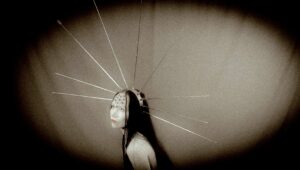 Dr David Luke is Associate Professor of Psychology at the University of Greenwich, UK, where he has been teaching an undergraduate course on the Psychology of Exceptional Human Experience since 2009, and he is also Honorary Senior Lecturer at the Centre for Psychedelic Research, Imperial College London, and Lecturer on the MSc Consciousness, Spirituality and Transpersonal Psychology for Alef Trust and Liverpool John Moores University. His research focuses on transpersonal experiences, anomalous phenomena and altered states of consciousness, especially via psychedelics, having published more than 100 academic papers in this area, including ten books, most recently Otherworlds: Psychedelics and Exceptional Human Experience (2nd ed., 2019). When he is not running clinical drug trials with LSD, conducting DMT field experiments or observing apparent weather control with Mexican shamans he directs the Ecology, Cosmos and Consciousness salon at the Institute of Ecotechnics, London, and is a cofounder and director of Breaking Convention: International Conference on Psychedelic Consciousness. He has given over 300 invited public lectures and conference presentations; won teaching, research and writing awards; organised numerous festivals, conferences, symposia, seminars, retreats, expeditions, pagan cabarets and pilgrimages; and has studied techniques of consciousness alteration from South America to India, from the perspective of scientists, shamans and Shivaites. He lives life on the edge, of Sussex 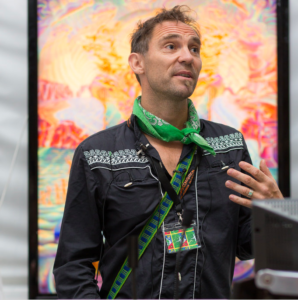