This talk will focus on two of the most challenging and intriguing aspects of taxidermy.

A full-sized, adult elephant constitutes a massive challenge for the taxidermist and relatively few have been successfully completed. The evolution of methods, over the past 200 years, will be described and encourage awe and respect next time you see one.

TRIGGER WARNING: the second part of this talk involves issues that you may find distasteful or (in the present day context) unacceptable. It addresses another issue that attracts frequent questions but few answers- “What about stuffed humans?” Few of these exist and their custodians are wary of talking about them. Nevertheless, the issue is of historical and sociological interest, as well as a challenge to taxidermists that they wisely avoid. Those of a sensitive disposition should wisely avoid this talk too.

Dr Pat Morris was Senior Lecturer in Zoology at Royal Holloway, University of London, and retired (early) in 2002 to spend more time with his taxidermy. He taught many students who now work in wildlife conservation, and also taught evening classes for adults for 20 years. He is well known for his studies on mammals, especially hedgehogs, dormice, water voles and red squirrels. He is a past Chairman of the Mammal Society and holder of its Silver Medal. He was a Council Member of the National Trust for 15 years and Chairman of its Nature Conservation Advisory Panel. He is President of the British Hedgehog Preservation Society, a former Vice President of the London Wildlife Trust. He served on a Government Enquiry into aspects of the badgers and TB problem and for 3 years was co-Director of the International Summer School on the Breeding and Conservation of Endangered species, based at Durrell Zoo in Jersey.

He has published over 70 scientific papers, mostly on mammals and written about 20 books on bats, dormice, ecology of lakes and general natural history, with total sales of around 250,000. His popular book on hedgehogs has remained in print since 1983, his New Naturalist monograph on the hedgehog was published in 2018. He was a consultant to major publishers and the BBC Natural History Unit, for whom he also contributed radio and TV programmes for 20 years. He has travelled to more than 30 countries, including five expeditions to Ethiopia and 19 visits to the USA covering 47 of the States.

In his spare time he has pursued a longstanding interest in the history of taxidermy and was appointed the first Honorary Life Member of the Guild of Taxidermists. He published papers and 8 books on this topic and serves as one of the Government’s taxidermy inspectors for assessing age and authenticity of antique taxidermy in connection with CITES controls. The Society for the History of Natural History awarded him its Founder’s Medal and he was made MBE by the Queen in the 2015 New Year’s Honours List and has a devoted (biologist) wife, married in 1978.

He speaks in a purely personal capacity and not on behalf of any of the organisations with which he is involved, past or present. 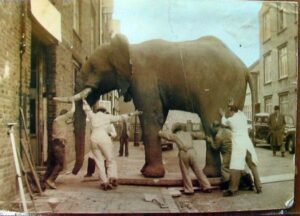 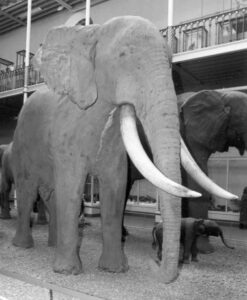 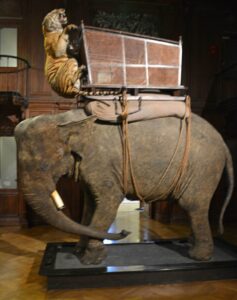